Before you hear my take on the event, you can see the entire performance over on All Def Digital’s Youtube page.

Saturday I had the pleasure of attending a Nipsey Hu$$le performance promoting his Proud 2 Pay Crenshaw mixtape. The stream was set to begin at 3 PM, but I showed up at 3:04 and still had some time to get settled before the show started.

The audience was rolling in late like a typical Los Angeles crowd, slowly filling the space as the clock got closer to 3:30. The energy was as low as the headcount, but luckily Philly’s Tayyib Ali arrived from stage left to rally the crowd. I had chilled with Tayyib on several occasions, but I still had not seen him perform, and rapping several of his recent tracks, Tayyib impressed me with his stage presence and delivery. The crowd had no choice but to start getting live once the DJ  let Drop loose –a track which does exactly what its name implies. 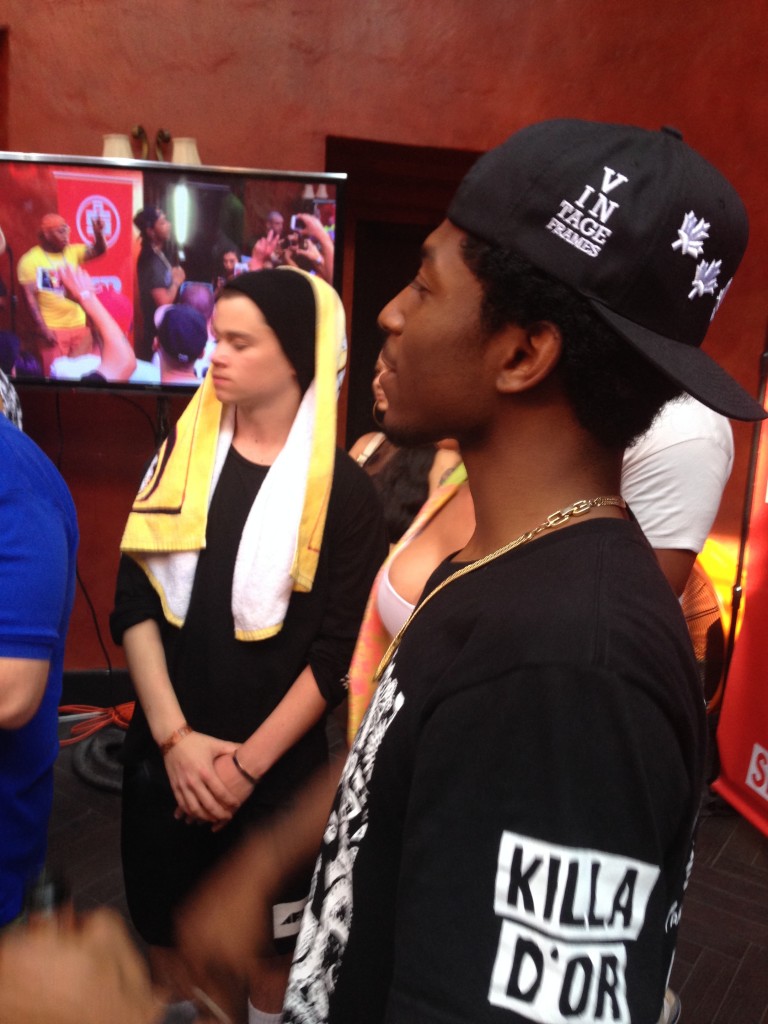 As I bobbed my head to the massive bass line, my friend directed me to my right, where the producers of Drop –The Beat Brigade– were basking in the greatness of their creation. Obviously I dapped the brigade up for making such a heavy beat while Tayyib continued to bring heat for the crowd.  After finishing his last track, he exited just as he entered, leaving the audience some time to grab drinks before Nipsey.

Tayyib, The Beat Brigade, and I made our way downstairs to holler at some of the food he had ordered earlier. I got so lost in this ricotta cheese and ham pizza that I almost forgot Nipsey was supposed to be on any minute. I checked the stream from phone –which i thought was cool as fuck– and saw that Dj V.I.P. had returned to the stage, prompting to me to discard my food any hurry my ass back to the venue. 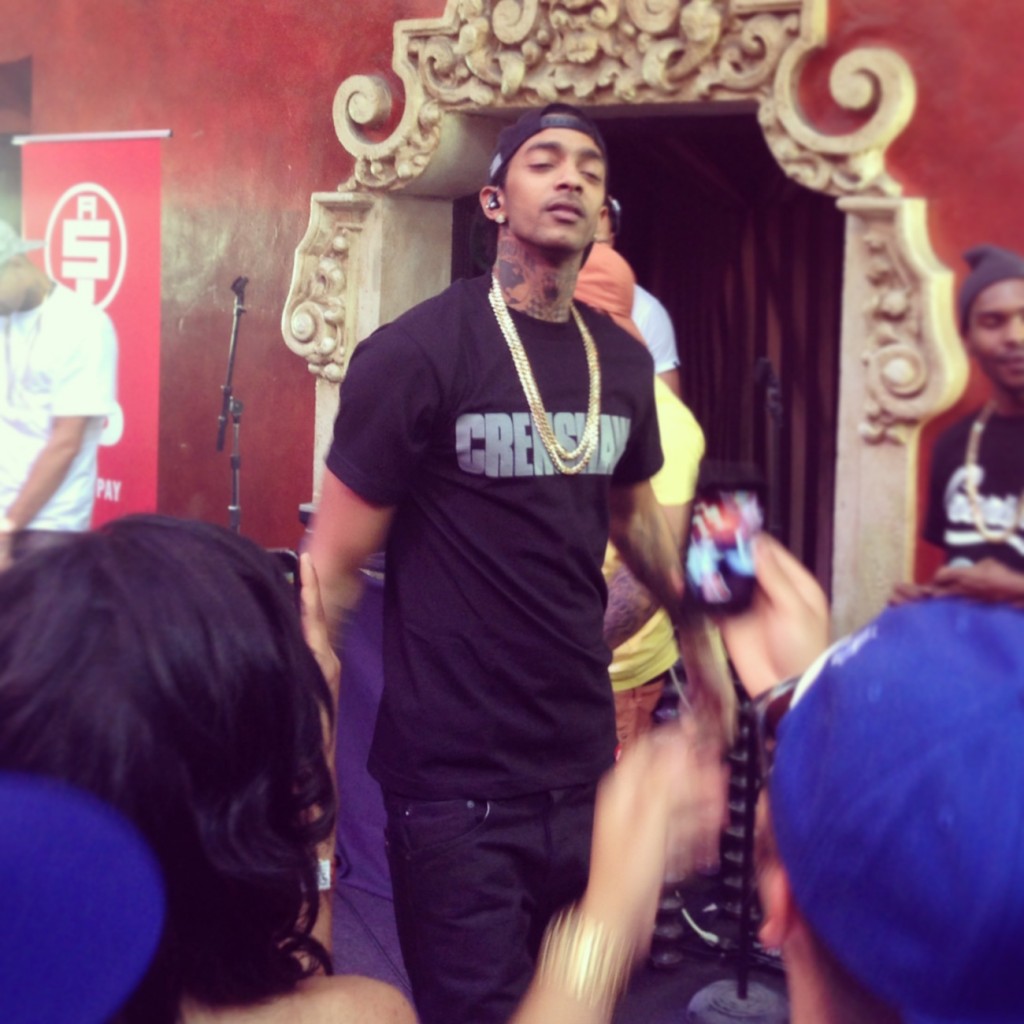 I made my way back up the stairs just in time for the start of the Nipsey’s set, and I must have gotten really caught up in that pizza and fruit assortment –because by the time I reentered the venue, the crowd had nearly doubled. With an entourage rocking “Crenshaw” on every t-shirt, Nipsey played songs from all over his catalog. From Crenshaw to Bullets Have No Name Vol.2, Nipsey played exactly what the audience wanted to hear. For nearly a quarter of the set, the Los Angeles rapper just let the crowd sing all of his lines. A hometown hero, Nipsey had some seriously dedicated fans and groupies singing along to every song he dropped.

After he performed his last track, Nipsey left the stage and I was ready to hit happy hour somehwere. I was surprised, however, when Nipsey invited every one on stage for one last banger. I think he mentioned something about the song being new, but I can’t say for sure. Following the encore, the crowd began to disperse while some fans stayed around for pictures with their favorite LA rapper.

Nipsey killed the house, and then Tayyib, the homies, and I killed a bottle of Clicquot Rosé. Sooner than you could say “Where’s that fruit platter?”, we headed off to Katusya to celebrate a dope day. The stream is still available for everyone to watch and rewatch, so you should definitely check out the set and see if you spot me. Tayyib Ali’s Keystone State of Mind 3  drops later this summer, and ya’ll ready know where to cop Crenshaw.

[SOUNDCLOUD] Tayyib Ali – Give a Fvck

[VIDEO] Rabichow- In The City

[INTERVIEW + MIXTAPE] Leek – In My Backyard